The world’s largest-ever commercial Blue Star Sapphire now resides in Kandy, Sri Lanka at ‘Tiesh’, Sri Lanka’s largest Gems and Jewellery Emporium at No. 676, Peradeniya Road in the country’s central hill capital. The ‘Tiesh Blue Empress’, as she has been christened, weighs 332 carats and is a Ceylon Blue Star Sapphire. Her current owners, the De Fonseka family of Tiesh estimate that she was born after about 800 million years in the making.

The mother stone of the Tiesh Blue Empress was unearthed in the early 1980s, in the mines of the small town of Rakwana in the Ratnapura district. She weighed an astonishing 201,500 carats which is an equivalent of about 40.03 kg.

“We are both humbled and elated to present the Tiesh Blue Empress not only to Sri Lanka but also to the world. Her rightful abode is neither in a safe nor in a bank vault but rather showcased to be admired by the world. Her presence now firmly positions Kandy on Sri Lanka’s and the world’s tourism map. Needless to say the boost and visibility she will give Sri Lanka’s gem industry is inestimable,” said Tiesh Founder/Managing Director Lasantha de Fonseka.

The Tiesh Blue Empress sits on a crown handcrafted in 18k yellow gold and white gold and set with an array of other precious Sri Lankan gemstones. She is now on permanent public display at the Tiesh showroom in Kandy, under extra special 24 hour security.

Her hexagonal bi-pyramidal form and sharp crystal face junctions are a signal that the Tiesh Blue Empress hasn’t been transported too far from source, further adding to her allure. The experienced and expert artisanal skill and state-of-the-art machinery at Tiesh have magically brought the stunning cabochon to life with intricate detailing, precise cutting and polishing, thus making it a gemstone far bigger and more beautiful than any precious stone previously envisioned.

Sri Lanka is known for her abundance of gemstones within a very small geographic area and is especially famed for her Blue Sapphires, Star Sapphires, and Cat’s Eyes. The island known as ‘Rathnadeepa’ or Gem Island, reflecting her wealth of natural resources. Greats like Marco Polo and Ptolemy writing about Sri Lankan sapphires and Middle Eastern and Persian traders who sailed across seas to ‘Serendib’ as they called her during the 4th and 5th centuries are all proof that Sri Lanka has always been the world’s supplier of these precious natural beauties.

Tiesh, the family-owned establishment which began on 05 September 1997 in its current location, has, over the past three decades acquired great local and international celebrity status. Spearheaded by its Founder/Managing Director Lasantha De Fonseka and his wife Bryony, Tiesh is joined by the equally hands-on next generation, with daughter Thiyasha and son Ayesh who are committed to providing an unparalleled expertise and a personal interest in each customer who steps into a world of brilliance.

The Tiesh showrooms both in Kandy and Colombo are designed with the intention of sparking an appeal to delve into the milestones of the gem industry; from the history of the stones to the entire production, prior to becoming a gift of love, a family heirloom or an indulgence to the customer.

Discover the Story behind the Sparkle at 253, R A de Mel Mawatha, Colombo 03 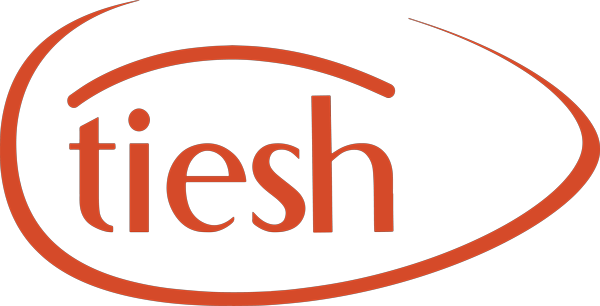 By joining our email list, you'll be the first to know about exciting new designs, special events, store openings and promotions.